With a youth's love for large equine. We stumbled upon a miniature horse show.
Soon after we have a mare in foal and two weanling fillies from World Of Miniatures Farm, in 1990.
The Meyers brought us several great horses to live on our farm over the years, as a joint breeding program and to also show. We strived for the natural effortlessly elegant movement, and conformation that we take pride in. Throughout the over 30 years and more to come.
You now see the third generation in the show ring with our horses.
Pictured Below at an AMHA show with her under 30" mare.
HORSES OF OUR PAST
World Of Miniatures Rebel
Duke with new owners
Mr. Smith with me at his last show
Vador at a show in WA with new owners
Lil Achers Vador at the show
World Of Miniatures Rebel:

We sent him to Patty Cloke Stables to show him in driving.
She liked him so much he did not come home after the Nationals.
He was AMHA National top ten driving horse in 1999 & 2000.

33" black and white pinto stallion.
Patty saw that this horse could move at our place! We ended up selling Duke and his brother in the end to clients of Pattys.
Duke ended up with 8 National Top 10s, 5 National and Grand National Championships and 2 AMHA Hall Of Fames with his new owner!

Blue roan pinto stallion that we had since a foal. Eric Meyer (World of Miniatures) was moving to Texas an had to have him.
Reserve and Grand Champion halter & color horse his last show with us before he went to Texas. Plus our main herd sire for several years.

31.50" triple registered (AMHA, AMHR, PtHA) black tobiano pinto son of Lil Achers Casper.
We sold Vador on a show contract, and was shown in halter and liberty by Annette Helgeson of HHP Miniatures in Washington for new owners.
He was awarded Canadian All Star Award.
IN MEMORY
Easy Livins Charger

Charger has since passed on and why we value what we have left of his foals.
He could do it all. He was my Youth horse, performance horse, and Driving Horse and foundation that started us on our Dilute Program.
He was a Champion Driving and Halter horse before he came to stay with us.
Casper is one of the few sons left of Charger. He is for sure a copy of his father in so many ways!
Daughter/ Grand Daughter nap time pal!
Last updated on April 6th, 2020 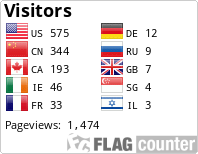